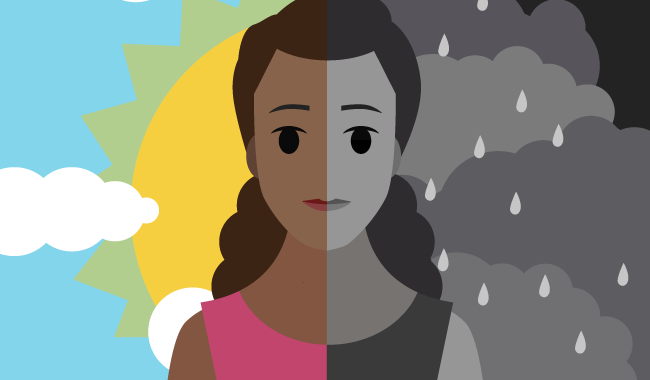 Technological advances are improving genetic research on bipolar disorder. One example is the launch of the Bipolar Disorder Phenome Database, funded in part by NIMH. Using the database, scientists will be able to link visible signs of the disorder with the genes that may influence them.

But genes are not the only risk factor for bipolar disorder. Studies of identical twins have shown that the twin of a person with bipolar illness does not always develop the disorder, despite the fact that identical twins share all of the same genes. Research suggests that factors besides genes are also at work. It is likely that many different genes and environmental factors are involved. However, scientists do not yet fully understand how these factors interact to cause bipolar disorder.